Three Wisconsin apprentices are heading to Long Beach, California next week to face 197 other competitors in Associated Builders and Contractors’ National Craft Championships.

Chad St. John, a carpentry apprentice with Northcentral Construction Corporation in Fond du Lac; Cody Heath, a plumbing apprentice with Terrytown Plumbing in Baraboo; and Jedidiah Krug, an electrical apprentice with Current Electric Co. in Brookfield, advanced to the national competition after receiving the top scores in their trades during ABC of Wisconsin’s Skills Competition on Jan. 25 in West Bend. 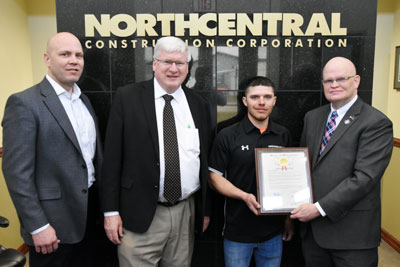 The National Craft Championships, held March 26-27 during ABC National’s annual convention, will feature 200 competitors across 12 trades. The competition is held annually to highlight the achievements of men and women who represent the future of the construction industry. Craft trainees and apprentices travel from across the country to demonstrate their superior skills, training and safe work practices and compete for top honors in their chosen craft. 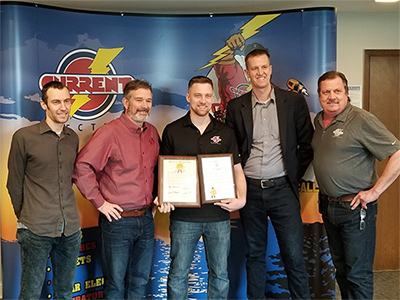 The competition consists of a written exam worth 25 percent of each competitor’s score and a practical performance test involving a six-hour project worth 75 percent of the total score.

Wisconsin’s competitors have also garnered the attention of state and federal lawmakers. Congressman Glenn Grothman and state Sen. Dan Feyen each presented St. John with proclamations Wednesday at Northcentral Construction’s office in Fond du Lac to commemorate his trip to the national competition. The state citation was the work of Feyen, Rep. Michael Schraa and Rep. Jeremy Thiesfeldt.

In addition to receiving bragging rights, the winners of the National Craft Championships will be recognized at the Washington Nationals’ Freedom Fireworks baseball game in early July. Wisconsin’s last national champion was Jacob Moody, then a carpentry apprentice for Kraemer Brothers of Plain, who brought home a gold medal from Long Beach in 2018. 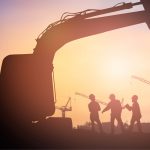 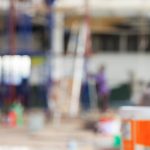